Neurocoaching, the new method to develop your soft skills 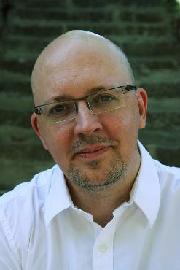 Pitting yourself alone against an actor who is keen for confrontation would for most people be enough of a challenge. But that’s not all: Imagine that at the same time you were wearing a wireless sensor on your head that measured the electrical activity of your brain, while in an adjoining room someone sat measuring your cerebral activity and monitoring your facial expressions.

And all the while you were being filmed. A mere simulation of a conflict is not what we are after here, and there is no point in bluffing. What might sound like a mixture of interrogation and brainwashing experiment is thankfully entirely benign: The scenario described above is part of a coaching session within the Global Executive MBA Programme at the Leipzig Graduate School of Management (HHL) in cooperation with EADA Business School in Barcelona, Spain.

The school hopes to use this new concept to break new ground in the field of personal development. This is why course participants are invited to a specially designed training room near Barcelona. Coaching has become common practice in business schools. There might be individual sessions and group exercises, and participants are even expected to try their skills on the climbing wall in order to learn trust. Creative techniques such as painting personal goals are also popular. However, the additional options provided by EADA and HHL mark a new departure in coaching.

The participants get used to the sensors quickly. Steven Poelmans, lecturer and Director of the Coaching Competency Center at EADA, is convinced of this. And not without reason: if participants experience just a little agitation, he sees that in their brainwaves. The video recording means that even facial microexpressions, twitches that cannot be willfully controlled by the individual, can be analysed.

“We have to take a new approach to coaching,” says Poelmans. He is keen to work with the neurosciences, because he feels that neuroscientific institutes still have far too much knowledge sitting around unused:  “We have to bring it out of the laboratories.” This is Poelmans’ mission. It is with this in mind that he, along with his company Workitout, has developed the Neurocoachinglab training programme, which aims to apply the insights of neuroscientists to everyday life in businesses. The advantage is clear to him: Assessment is based on objective data, which means that progress can be measured accurately.

Other schools have also expanded on the field of coaching, although few in such a futuristic setting. At the WHU School of Management, EMBA students have had the opportunity to be mentored by a coach for the last three years. Three sessions are provided per person and Klaus Dechet took part in all three. “We got comfortable in a chalet, with the stove on, the telephone off and no Internet access,” he explains. Looking out over woodland, he had both ethical and philosophical discussions with his mentor, laying out the values that are important to him. “I was surprised by the conclusions I came to in some areas,” says Dechet. Resolving this sort of internal conflict within oneself is difficult to do in a lecture setting.

In the following two chalet sessions, he integrated his career plans into his value system and worked out some concrete steps to take. “It was great to have a sparring partner who could contribute his own experience to the discussion, but who also held up a mirror for me to see myself in,” says Dechet. Among other things, these sessions helped the engineer to change his focus. The sessions at the WHU are provided by Leadership Choices, an external service provider. Managing Director Karsten Drath is himself an alumnus of the WHU: He obtained his EMBA from the school ten years ago. This means that he knows the school from both sides: as a course participant and as a coach.

Trusted insight and formal separation between school and coaching – it is no accident that the programme is constructed in this way. “We are consciously not part of the WHU so that we can ensure confidentiality,” says Drath. This is a notion that underlines the whole procedure: Each student can choose his or her own coach; a group dinner at the start of the second year provides the opportunity to get to know each other. The future mentee simply approaches the mentor they think might be a good match for them in person. The rest of the process is uncomplicated: When, how and where the meetings take place, the subjects to be discussed and so on are decided between the pair. Not all students use the service. Participation in coaching is voluntary, and many students on these very time-consuming EMBA programmes who are studying alongside their career choose not to invest the extra hours.

Self-reflection for managers However, individual reflection on their professional lives can provide a solid supplement to the hard facts that students learn during the course: “Knowing how it works doesn’t necessarily make you a good businessperson,” says Drath. And Poelmans would agree: “The more developed our inner observer is, the better managers we make.” Volker Stößel, Director of Media Relations at HHL, knows why the subject is nonetheless still a touchy one for many: Participants are seasoned managers whose personalities are already mature. This means that it can be difficult for them to participate. But it is precisely the skill of self-examination that Poelmans wants to develop. “The most constructive feedback is the feedback we give ourselves,” he says. The information it is based on is pitiless; the opportunity to be honest with ourselves.

New potential based on self-reflection is also a strong component of the Essec & Mannheim Executive MBA. In small coaching groups, the idea is “to use testing methods to identify the different personality and communication types in the team,” explains Daniel Veit, Academic Director of the Essec and Mannheim Weekend Executive MBA. In addition, group members are made aware of how to make the most of this diversity of characters and working styles.

Participants in Mannheim also write a diary that they can submit to their coach at the end of the programme if they want to. Their coach will then discuss further steps they can take in their development in the time immediately after the EMBA. The WHU goes one step further: It is not just managers who benefit from these methods. The school uses coaching even among its own management. This means that WHU employees can likewise use the techniques for personal development.

“We have to take a new approach to coaching.” STEVEN POELMANS, Lecturer at EADA.