The Super Bowl: Touchdown or nothing?

One of the biggest annual sporting events has just happened – The Super Bowl- and with it some of the most highly anticipated and talked about adverts[1]. For me, in past years, it just used to be a case of which adverts I liked, whether this was because of the humour or novel idea, but now, as a marketing student, I viewed this year’s line-up with more critique. 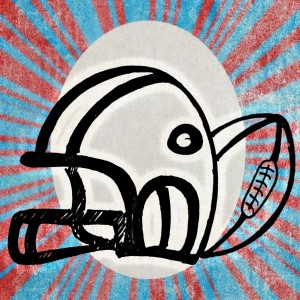 With an estimated 112+ million viewers the potential market for advertisers is huge but as with any advert, ensuring that you can reach the target market for your brand is key as well as considering whether it is a worthwhile investment given the high price tag, reportedly $4.5 million per 30 second spot this year[2]. According to a 2014 survey by BrandAds the average Super Bowl ad increased viewers’ purchase intentions by 6.6 percent, with purchase intentions being even greater for the most popular spots, such as Budweiser, who showcased two spots in 2014, and gained a 37.8 percent increase[3].

However others have argued that the majority of Super Bowl adverts don’t increase purchase intentions and if they can be considered a worthwhile investment it is rather a case of increasing brand awareness and engagement. With the onslaught of social media and the numerous touch-points that potential consumers come into contact with each day, engaging with consumers on a personal level and the co-creation of brands is becoming increasingly important. For me, this could be seen in this year’s Dorito’s ‘Middle seat’ advert which is part of the Crash the Super Bowl competition that Frito-Lay have run since 2006, where individuals actively participate in the development of adverts for Doritos by creating and voting for their favourite advert spots to be aired at the Super Bowl[4]. Similarly, McDonald’s ‘Pay with lovin’ spot in which customers were asked to pay for their meal by expressing their appreciation for loved-ones and which supports an in-store campaign for February 14th.

Whether or not Super Bowl adverts are worth investing in, for a masters in marketing student they provide a rich source of debate and questions that I would never have considered five months ago!