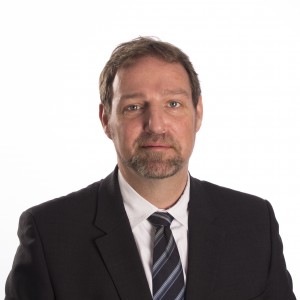 On May 6, 2016, the election for Mayor of London displayed the best side of British society: open, integrated, and able to incorporate anyone with the same values into its sense of national identity. The coming referendum in Great Britain could reveal a very different side of the country.

But let’s flashback to April 30, 2004 in Prague. I spent the night with some managers from our Czech company, awaiting the new republic’s full entry into the EU. When the bells chimed, tears escaped from the eyes of two of my colleagues. The last bell chime marked the end of a bad memory. They would now have the right to move freely around Europe – without applying for a permit, without being subjected to the arbitrariness of any authority. The freedom to search for work, opportunities, love, culture… It is easy to say now, but this right was won after two wars and decades of complex work.

Young Brits have grown up with this right and they take it for granted. Two thirds of people aged 18 to 24 prefer to stay in Europe. The same cannot be said for their parents and grandparents: 54% of people over 60 prefer to leave the EU as opposed to 32% who wish to remain. What has led the very same people who worked for this right to now consider taking it away from the next generation and those to come? The economy is certainly a factor, but above all identity is at the core.

The macroeconomic argument has been easily won by the Remain campaign. The large-scale benefits from the immigration of qualified EU citizens are clearly positive for economic growth and the immediate costs of leaving are identifiable, though harder to quantify. On the other hand, the economic advantages of Brexit are difficult to credibly identify and even harder to quantify. Even economists who support Brexit, led by Professor Minford from Cardiff University, acknowledge that there will be a high price to be paid in the short term, especially in the manufacturing industry.

However, macroeconomics is not something that most citizens actually feel. They feel the effects in their immediate, daily life. The town of Boston in Lincolnshire (central England) serves as a good example. A town of 65,000 inhabitants that has experience a significant influx of immigrants from the countries that entered the EU in 2004. The population and the local economy have been rejuvenated; unemployment is only 4.4%, compared to the national average of 5.2%. But this is not a complete picture. The average weekly income in Boston is more than 100 pounds lower than the national average. The cost of housing has gone up – Boston is now more expensive than Nottingham (the main city in the region) where wages are higher. Public services such as education and healthcare are under pressure. In the words of Martin Wolf of the Financial Times, “Immigration will determine the result of the referendum…because immigration is tangible and personal”.

At the last census, there were some 3 million people who were born in other EU countries living in the United Kingdom, 1.7 million from the countries of new accession since 2004. This is especially evident in England with a population density of 413 people per km2 (in Spain it is 93). Which brings us to the issue that is fuelling the Brexit bonfire: identity.

Neurological research points to the importance of mental frames and prototypes in our lives. We compare and categorise around a constructed prototype: what something is and what it isn’t; what the United Kingdom is and isn’t; what being British means and what it doesn’t mean. It is not only the economic effects of the immediate environment that fuel the Brexit platform. Day to day contact with behaviours and habits that do not fit in with established prototypes creates its own internal tensions. The Leave campaign feeds on these tensions, calling upon Britons to forge their own path in accordance with their identity, freed from a European Union that limits their potential to occupy the place they deserve in the world. Having lost the economic debate, the Brexit campaign is now finding success by pushing the buttons of prototypical British identity. The latest polls giving “Leave” a slight advantage over “Remain”.

As Joschka Fischer, former German foreign minister, said, this situation (and others) have made evident the EU’s enormous incompetence when it comes to managing its own construction. It was obvious that the free movement of people would be the conduit to relieve the large differences in economic opportunity between zones inside the EU. The strategy (for want of a better word) of moving towards greater integration through a succession of crises and the gradual extension of regulations “under the radar” is nothing other than negligence: it replaces leadership with a bureaucracy that is divorced from the daily challenges and the hopes for a better future of European citizens.

The Brexit referendum must serve as a clear denouncement of this negligence and of the vague fallacy that “the solution is more Europe”. It is not a question of more or less Europe, but of a Europe of higher quality. It is not a question of marching towards integration while ignoring the consequences for people’s lives and sense of self, but of addressing these problems with courage, transparency and clarity in order to solve them and consolidate progress before moving forward.

On June 23, the older generations of the United Kingdom could strip their children and grandchildren of one of the most valuable legacies that they themselves have helped to build. The outcome will depend on whether the latter –the youth– will wake up and claim this inheritance as their own. Whatever happens, the referendum should prompt leaders and institutions to devote energy and talent to addressing the imbalances and tensions that the European integration process has created. If the United Kingdom is remains to contribute to this process, so much the better. If not, addressing these tensions will be even more crucial lest the pillars of the European building collapse.

Antony Poole is director of the International Masters in Marketing and Associate Professor of Marketing. He graduated from Birmingham University (UK) with an Honours Degree in International Studies and has professional qualifications in Education, Professional Development and Organisational Development. He also graduated from both levels of Omnicom University’s Senior Management Program at Babson College in Boston. In 2007, he completed the Advanced Management Program (PDD) at IESE. Mr Poole began his career in Barcelona with a major European financial group in the area of professional and organisational development. He joined BBDO North America (Toronto) in 1999 and from 2000 to 2009 was the Managing Director of BBDO University Worldwide. During his career, Antony has worked in more than 50 countries and with clients such as Adelphi Group, Bayer, Frito-Lay/Pepsico, Gulf Bank, IKEA, KAO Corporation, La Caixa, Mars, Pacific Group, Roche Pharmaceutical, Sara Lee, and Wrigley.