Companies find themselves in increasingly turbulent environments; in other words, they are not only changing at lightning speed, but they are also doing so in unpredictable ways. Companies, like species, have three options: they can adapt, emigrate or disappear.

Adaptation depends on the capacity to address the new environment and the market with a strategy, a structure and an organisational culture that are well-aligned. In the marketplace, we can see companies competing in a variety of ways, but the ones that can build a coherent market-strategy-structure-culture are the most successful.

There are four main options of adaptation strategies (some companies may choose to use a combination): 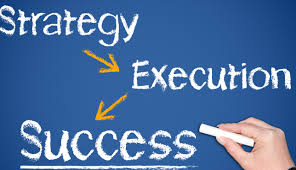 The drawing up of the strategy culminates in a series of decisions that are written down on paper – and this takes us to the most difficult part, the execution. This will put the company’s leaders to the test, as they will be required to change in the organisation’s structure and culture.

Restructuring may entail changes in number of employees, functional areas, the nature of jobs, technology, systems and processes. But the true challenge is making the culture evolve so that it is better aligned with the defined strategy.

The challenge that organisations face in adapting to change implies a personal development challenge for managers, who constantly must learn and evolve as leaders. Consequently, continuous training throughout one’s professional career has now become essential. 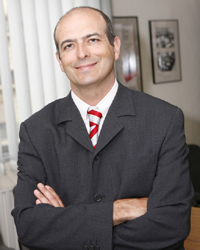 Jordi Assens has worked as a trainer and consultant for companies such as Grupo Agbar, AMES, CRG, Grifols, Grupo Ferrer, Honda, Mango, Roche Diagnostics, Sharp and TMB. Jordi is the Director of the General Management and the People Management Programmes and a Professor in the EADA Strategy, Leadership and People​ Department. He is a visiting professor at EDHEC (France), NIMBAS (Berlin) and CENTRUM (Peru). His areas of interest are related to the human aspects of companies, from more strategic aspects such as creating efficacious cultures right up to developing competencies on a personal level.