Internationalisation and expansion in Greece 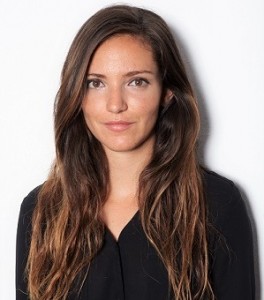 Tourism in Greece is booming and is forecasted to hit more than 30 million tourists in 2017. Although non-resident inbound visitors are constantly increasing, tourism revenue dropped by 6.5% to 13.2 billion euros last year, according to the Bank of Greece. Another study, conducted by the international hospitality consultancy HVS, highlights the great lack of hotels managed by international and national hotel chains in Greece. These units could give a qualitative leap to Greek tourism, which is one of the crucial factors for revenue growth.

“Foreign and domestic chains account for only 24% of the total number of hotels and only 6% of the total number of units, with the majority of units remaining as independent or family businesses. Over the period of 2005 – 2013, there has actually been a significant increase in hotel chains in Greece, with their capacity to grow by around 40,000 rooms to a total of 95,041 rooms in 538 hotels in 2013. However, this Greek market deficit reflects exactly the model and the mentality that still exists amongst Greek hoteliers, who are still unwilling to give away their properties to third-party property management,” HVS analysts say.

According to HVS data regarding the presence of large chains in the Greek hotel market, Starwood Hotels and Resorts is the third largest international hotel group in Greece with 2,518 rooms (in 2015) under its umbrella. The largest international player, based always on the number of rooms, is TUI, with approximately 14,000 rooms, of which a significant number belong to Grecotel.

Some other well-known international chains mentioned in the article are InterContinental Hotel Group with the brands InterContinental, Crowne Plaza and Holiday Inn; Starwood Hotels & Resorts with Luxury Collection, Westin and Sheraton; Marriott with Autograph Collection, Hilton Worldwide with Hilton, Accor with Sofitel and Novotel; Rezidor Group with Radisson Blu, Best Western Hotels and Resorts; Hyatt Hotels and Resorts and Iberostar Hotels have a more limited presence.

In addition, a relatively large percentage of hotels across Greece have secured partnerships with brands that are directly managed or associated with major European tour operators such as Robinson Club, Magic Life, Atlantica Hotels & Resorts and Sentido Hotels.

Regarding the big domestic “players”, reference is made to Mitsis, Aldemar, Louis, Helios Hotels & Resorts, Divani, Amalia, Electra, Chandri, Kypriotis, who have under their umbrella a relatively large number of hotel beds in Greece.

Several Greek hoteliers including independent firms have recently stepped up their efforts to overcome the limitations of their capacity by accessing as many distribution channels as possible by participating in Hotel Associations such as Leading Hotels of the World, Small Luxury Hotels, and many, mainly small, hotel units in the Greek islands, or opting for partnerships with management companies (e.g. Hotelbrain, CHC, Aqua Vista, etc.).

The fact that tourism is the only sector in the Greek economy that has developed rapidly despite the crisis is indisputable. Indeed, some analysts have estimated that approximately 20% of the country’s GDP comes from the wider tourism industry. The strong performance of Greek tourism, is one of the main things that attracts investor interest, as they are betting on the hospitality industry despite political arrhythmias. In fact, international hotel giants have already begun investing in Greece with an eye to the future (among them Four Seasons, Mandarin Oriental Hotel, One & Only Resorts and Wyndham Hotel Group).

The image of the Greek tourism market is changing rapidly and the future of Greece –in terms of tourism– seems very bright. We just need to see if this small country will be capable of exploiting its full potential and of course if external factors will permit it to do so.

What do you enjoy most about living in Barcelona?

My experience on my Chosen Path of Development

My experience on my Chosen Path of Development