Heads and tails, the two sides of progress

This new era that we are entering, which some are calling the Fourth Industrial Revolution, brings both risks and opportunities, as with any type of progress. 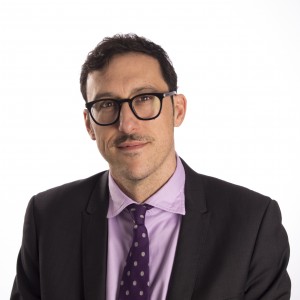 Carricano Professor and Director of the Pricing Centre at EADA Business School PhD from the University of Bordeus and Big Data degree from MIT. Article originally published in the newspaper el Periódico, 23 February 2016

‘Let’s welcome the new master of the realm of information technology.’ That’s how Ken Jennings, the best contestant ever on Jeopardy! – a North American TV quiz show –celebrated the victory of his opponent, Watson, IBM’s supercomputer. This took place less than five years ago and although it may seem anecdotal, it clearly marks a significant breakthrough in computing and data analysis. Since then computers have reached new heights. In 2014, a computer passed the famous Turing test, created by Alan Turing, the IT genius, in order to differentiate artificial from human intelligence. This was the first time a computer had won since the test was first created in the 50’s. And just a few weeks ago, a computer, this time from Google, beat a man at the very complex Chinese game Go.

The first issue is privacy. I really like giving participants in my big data classes this quick exercise to do: open Google, go to ‘tools’ and then control panel, and have a look at what Google knows about us. I remember one woman in my programme exclaiming,‘I can see the shop I went into at the Maquinista shopping mall during the sales!’ Yes, that and a lot more. We all know the overarching principle well: if it’s free, the product is you. For Google’s chief internet evangelist, privacy, which he regards as a very recent concept in history, is somewhat of ‘an anomaly that will not be sustainable over time’.Once again, the new world confronts the old. The second risk, security, has to do with the first. It has been estimated that in 2016 the cost of cyber-attacks to the world economy will exceed 445 billion dollars. Just recently, Kaspersky Lab, an IT security software company, produced an amazing 3D map of these attacks in real time. The results are spectacular and terrifying at the same time.

The third risk could be defined as the loss of control. We have just completed a study with European colleagues on the transition towards the autonomous car and one of the biggest fears is loss of control (I no longer decide in a situation where I am at risk). Intelligence and automatization constitute significant breakthroughs. It is very important to be able to see the transition towards a more intelligent world through the eyes of users; yet surprisingly, this doesn’t happen very often.

This brings us to the opportunities and back to the clash between the old world and the new. We are at the centre of this new world of big data and algorithms: us citizens, us patients, us customers…Open data comprise a movement that is at the very heart of big European initiatives (Odine, the incubator financed by the European Union) or closer to home (OpenDataBCN, Barcelona City Council’s open data portal). Opening data means opening up new job opportunities and opportunities for creating new business models. But, above all, it also means that we are promoting a formidable collective intelligence, giving more power to citizens and combining efforts to make data and information available to as many people as possible. The capacity to pair the huge amount of generated data, in multiple formats, numerical of course, but also data that until only recently was dark, impossible to read, such as texts (scientific articles for example). Images (magnetic resonance) and videos (lectures, advertising), creates a new order in the acquisition and communication of knowledge. Doctors in India or Africa use the knowledge cogenerated by eminent specialists from the United States in order to diagnose rare forms of cancer and prescribe more effective therapies. Properly managed, big data can do a lot for the common good. The UN’s big data and development initiative, Global Pulse, for example, proved to be of great help during the Ebola epidemic in Africa, leveraging digital footprints and mobile data in order to respond in real time and at a low cost. The question we need to ask ourselves during these times of disruption and incredible breakthroughs is how we can evaluate technology’s contributions. An exercise that all of us can and should do is ask ourselves whether progress overall is giving us more freedom or taking freedom away from us. Freedom to think, to move about, to decide, to live. And the answer lies in each and every one of us.