Technology, digitalisation and the Internet will continue to mark the future of companies in the tourism industry and the way that they do business. 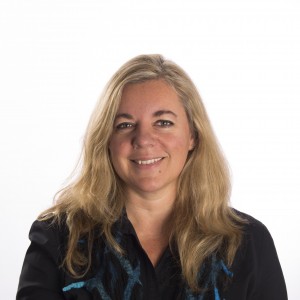 We are half way through 2016 and 2017 is fast approaching. Yet despite several technological breakthroughs, our world still doesn’t look anything like the Los Angeles of 2019 depicted in Blade Runner. We don’t have flying cars or replicants and we are still very far from the highly evolved civilisation that Asimov dreamed up. We don’t have manned missions beyond the moon nor do we go on virtual vacations like in Total Recall.

If we take a look at the industry just 10 years ago, our way of life has changed and the main drivers of this change are technology in general and digitalisation and the Internet in particular. Developments in technology and software, digitalisation and digital tracking, and increased internet access via channels and terminals is having a tremendous impact on the world of tourism: we can see new products (Airbnb), updated traditional services (tourist guide software, Monscierge) and new distribution and tourism product channels (airline apps and TO). Furthermore, we are witnessing changes in tourism purchaser behaviour (mostly online from webs, networks and apps) and new ways of experiencing tourism (experiential, local/sustainable, do-it-yourself).

Technology has been a powerful agent of change in the world of tourism. One of the most important examples is the first booking systems such as Amadeus, which enabled ticket purchasing from airlines all over the world. This was back in 1987, and today Amadeus still holds over 35% of the market share, allowing over 90,000 travel agencies to carry out bookings for airlines, hotels, cruises, tour-operators (TO), trains and travel insurance. Despite the proliferation of online travel agencies (OTAs) since 1995, travel agents still account for 77% of all cruise ship bookings, 55% of air travel bookings and 73% of all package tours (2016 figures from Travel Technology Solutions).

Knowledge, personalisation and expert management of communication channels with the customer is what keeps agencies alive and well. The growth of technology and new IT developments has actually helped agencies improve communication, convenience and productivity as well as business the speed and marketing of tourist trips.

Although the advent of OTAs and online inventory management systems for hotels (Expedia.com, Booking.com) and restaurants (Tenedor.es, OpenTable.com) have created a great deal of disruption in these sectors, we need to distinguish between native Internet products —constituting a digital version of something that already existed— and those that have created an entirely new product.

The example of Airbnb

Airbnb, for example, has successfully created a brand new product. This new and successful company, founded in 2008 in San Francisco, has managed to turn private accommodation into a tourist product accessible to absolutely everyone. And this was made possible thanks to technology and the Internet. In Spain, the rental of tourist apartments for vacations is something that has gone on for many years now, but people weren’t able to rent them without an intermediary and not as freely as they can now with platforms such as Airbnb.

According to a study by Antonio Paolo Russo from the Universitat Rovira i Virgili, Airbnb commercialises the equivalent of 3.3% of the 1.8 million places available and 4.2% of the 14,000 establishments represented by Cehat (Spanish Confederations of Hotels & Tourist Accommodation Providers).

On the other hand, INE (the Spanish National Institute of Statistics) figures concerning overnight stays in tourist apartments in Spain for April 2016 showed an increase of 10.34% compared to the same month in 2015, thus confirming an upward trend. These types of overnight stays increased by approximately 2.5% per annum between 2012 and 2015. The accumulated rate so far for 2016, a two digit increase, is extraordinary. This product is obviously on the rise, and it’s here to stay. According to a study published by ESADE professor Gerard Costa, which analysed figures for 2013, 14% of the tourists that visited the six top tourism destinations in Spain stayed in private vacation accommodation. The main customers were: families (83%), foreigners (79%), middle-aged adults (46.8 years), and 98% made their bookings via Internet.

These tourists live like the locals. They shop in neighbourhood stores, use public transport, etc. And since the accommodation is cheaper, they spend more on everything else, in a proportion of 1:2. They spend twice as much on food, activities, transport at destination, etc., as they do on accommodation. Although some hotels have lost out, especially the ones that provide fewer services targeted at families, the tourism industry as a whole has not necessarily been adversely affected, nor have the business tourism and luxury tourism segments.

As always, it is a question of being able to predict and satisfy customer needs. And companies that do this keep an eye on the market and on factors that might change tourist behaviour.

Portions of this article were originally published in Cat.Económica.

Mireia Montane holds a Master in Hospitality Management with a major in Human Resources from the University of Nevada (Las Vegas, U.S.) and a BA in Anglo-Germanic Philology from the Universitat Autònoma de Barcelona. Mireia has served as Executive Director and HR Consultant for La Mola Hotel & Conference Centre, and as HR Opening Director of Renaissance at the Barcelona Airport Hotel, as well as in the U.S, where for 7 years she managed the HR Department of the Ark Las Vegas Restaurant Corporation, with over 1,000 workers on its payroll. In 2006, Mireia began collaborating with EADA as an associate professor and she has been on the full time staff since 2008. She has managed several programmes in the areas of Personnel Management, Tourism and Hospitality Management, and is currently a professor in the Strategy, Leadership and People Department at EADA. Since 2012-2013, she has collaborated as a Reviewer with two tourism journals.

What is EADA´s ideal International Master in Marketing candidate?