The Challenges of the New Economic Spirit

“The millennials have to contend with an enormous contradiction: on the one hand, they were born and raised in a comfortable and affluent environment, and on the other, they will have to accept that they will be worse off than their parents. They use the economy and consumption as an instrument to achieve their objectives.”

Imagine Albert. He is 30 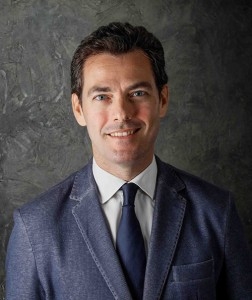 years old. He is a photographer and has spent a large part of the last decade working freelance, pursuing his big passions: photography, Africa, and social work. He now works in Brussels for one of the largest NGOs in the world and he doesn’t know exactly how long the project will last nor where he will be 10 years from now, but he feels he has fulfilled some of his dreams. And he is a pretty good example of what his generation has lived through and is going to live through.

The millennials in the western world, as an economic subject, are confronted with an enormous contradiction: on the one hand, they were born and grew up in comfortable and affluent surroundings –a period of expansion and social and economic progress, globalisation and technological change–, and on the other, the will have to pursue their career and personal projects surrounded by uncertainty and a scarcity of natural resources, employment, growth drivers, the energy model. All of this whilst contending with the dilemma, perhaps the first time since the rise of capitalism 200 years ago, that they will be worse off than their parents (even though, in this case, “worse off” may prove difficult to define)

Live and enjoy the present

They were provided with all the tools to make them the best-educated generation in history and now they are told that there is not enough to go around for everyone. But the confidence they were brought up to have helps them address this issue with astonishing pragmatism and optimism, you might even say maturity: if we have to live in this VUCA (volatile, uncertain, complex, ambiguous) environment, then let’s not think too much about the future and enjoy the present, trying to get the most out of everything we have around us. Quite mystical, quite magical. They don’t have any problems with self-esteem. As Evan Spiegel (25 years old), cofounder and CEO of Snapchat, the latest trendy social network, puts it, “You have all that you need to fulfil your dreams inside yourself. And, if not, there is a world of free information available to you on the Internet to help you accomplish them.”

That’s why, as economic subjects and consumers, millennials cannot be studied by applying the classic industrial parameters –they are like their environment: diverse, unclassifiable, mutant, unpredictable. That’s why some people even go so far as to say that millennials, as a type, only exist in theory. They are capable of driving any traditional factory crazy: one, they are used to having such abundant supply that it seems infinite (I want it, and I want it now); two, their demands change at lightning speed (like the globalised world they live in); three, they do not respond to traditional marketing because their communication is much more complex and social than the old transmitter-receiver set up (the key word here is sharing); and four, as customers, they know what they want and are not the least impressionable. That’s some challenge for the market.

In less than 10 years time, millennials will make up 75% of the workforce and the majority of companies will most likely be owned by them.

They approach the economy and consuming in the same way as they do any other aspect of today’s reality: they use them as instruments for achieving their objectives. Perhaps this is one of the few characteristics that they have in common. Without malice, without regrets, without ties. They are environmentally aware and will look after the world they live in, but the world is at their service. They have already received a great deal of attention on the part of governments and the world’s main institutions, and have been studied in detail. And now that they are entering into their late twenties and early thirties, they are going to become the dominant consumer group in the market and companies will need to take into account the following: And we still haven’t mentioned the importance of technology, mainly because they don’t give any importance to it. They don’t even realise it’s there, simply because it has always been there, because it is a part of themselves. It doesn’t matter if a company does not take the technology component into account in everything it does. They just won’t know that it exists. And that’s that; no problem at all.

In 2025, millennials will make up 75% of the workforce and the majority of companies will probably also be theirs.

Bruno Cohanier: “To become a CFO you need to prove you are a capable cross-disciplinary manager”

Bruno Cohanier: “To become a CFO you need to prove you are a capable cross-disciplinary manager”