A Snapshot of How Fintech Will Change Our Lives

Financial services technology or Fintech is revolutionising the financial services industry and is causing disruption to segments ranging from commercial banking, payment methods, and investments to private banking, asset management and compliance.

The disruption caused by Fintech in the financial sector is making it easier for people and companies to access and manage their financial services. This change may be as radical as the transformation the tourism sector went through in the past. How many people use a travel agency to buy a plane ticket nowadays?

Fintech in our daily lives

To gain a fuller understanding of how Fintech works, I am going to give you a practical example of what our lives might be like in the not so distant future. The protagonist in my story is Juan Morales, who is the financial director of a Barcelona-based company that distributes toys made in China.

Juan wakes up early, has breakfast at home and walks to his nearby office. On his way there, he checks his smartphone. While he is reading the news, an alert pops up from Fintonic which is his personal financial organiser app. 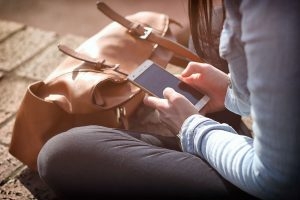 On his Fintonic dashboard, he can see all his accounts, investments products, loans, credit cards and banking operations of all his banks. Another alert appears which says he has to pay a commission charge that he was not expecting. He decides to query it. He then sees that he has a credit score of 700/900 so he considers applying for a loan on Zank, which is a private loans platform he has used before for buying credit.

When he gets to his office he has to make some payments in dollars to China. As on previous occasions, he calls his bank to ask for a currency quote. He decides to compare the bank’s quote with the foreign currency exchange app Kantox and he sees that they offer a better rate. He buys the dollars via the app and realises that he has not bought currency from his bank in six months. He decides to talk to his bank about improving their currency quotes.

Juan is also waiting for an order from China, which he has to finance. A new app based on Blockchain technology confirms the transaction in the same way as documentary credit arrangements. It also offers Juan the possibility of financing the credit as the order he is waiting for will take another 30 days to arrive in Barcelona. He decides to apply for financing and signs all the documents with the Signaturit app on his mobile, which allows him to electronically sign and validate the documents. He realises that he is doing more and more with his mobile and tablet and he is hardly using his computer.

He gets ready for a meeting he has with a Chinese group called AntFinancial. They have found out that Juan does business in China and they would like to offer him the opportunity to sign up to a Chinese scoring system so that he can automatically access credit with his Chinese suppliers. AntFinancial is the financial arm of the Chinese e-commerce giant Alibaba and works with all the large Spanish banks. If he signs up with AntFinancial, he will not have to apply for documentary credits and will save time and money on administration and costs.

After work he goes home and checks his investments on his mobile. As he does not have much stock market experience, he has signed up with Indexa Capital. His robo-advisor manages his savings according to the risk profile he entered when he signed up. His savings have increased by 5% in a year and he pays less commission than he used to. They are 3% above the investments funds that he used to have with his old bank which only gave him 2%.

Juan also wanted to make some high-risk investments so he invested in the crowdfunding real estate platform Inveslar.com. From his account, he can see that he has invested in two flats in Barcelona. One is being renovated and the other has been rented out. He has all the dividend information and documentation about the flat on his mobile, just as if he had bought it himself. However, the flat in question is located on Paseo de Gracia in Barcelona and with his salary he would never have been able to afford it on his own, which is why he used Inveslar. If he needs liquidity earlier than expected, he can sell his shares in the flats at the Inveslar marketplace.

Professor Ignacio Villa is a financial adviser and consultant to several companies. He is a professor on the EADA Trend Lab programme ‘Fintech disruption in the financial market’.

Tags: From our facultyMaster in FinanceMaster in FinTech & Business AnalyticsMaster in Management
ShareTweetShare
Previous Post