The concept of disruptive innovation is not new. Professor Clayton Christensen popularised it on his book The Innovator’s Dilemma in 1997. Twenty years ago, he talked about a new way of innovating based on the introduction of sophisticated technologies to optimise processes and make the difference compared to other organisations. At that time, Christensen emphasised the need for incorporating disruption in the company’s day-to-day operations, its processes, and its relationships with stakeholders and communication channels. It was understood that the organisation must take the first step to change the traditional innovation paradigm. Although the concept of disruption was first put forth 20 years ago, it can still make the difference between one organisation and another today, which is why we continue to emphasise its importance in our MBA and Master programmes through our collaboration with the Imagine Creativity Centre, whose motto is to change the world through disruptive solutions. 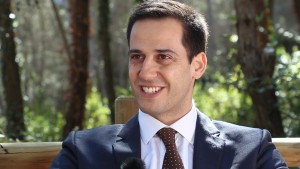 Given its continued importance, it seems appropriate to make a brief review of Christensen’s disruptive innovation theory. Firstly, there is sustained innovation. This innovation is designed for the most demanding clients, those who are already capable of buying your product or service and ready to pay for such improvement. An illustrative example is that of the Samsung Curved Television.

Secondly, there is low-end disruptive innovation, a term that is focused on the true needs of the client, avoiding additional features that increase the value but also the cost. We can see an example of this type of innovation in Ryanair, “the airbus”.

Thirdly, we must talk about new-end disruptive innovation, which is designed for non-clients, or people and citizens with needs that companies have been unable to satisfy as of yet. A good example would be Godrej Group and the fascinating case of the Chotukool refrigerator.

There is no age to innovate

In a time when it seems that the millennial generation is only capable of innovating, several contemporary examples show that this is not necessarily the case. We have seen several disruptive cases that have transformed industries and that were produced by Generation Xers, born between 1961 and 1981. In my opinion, some of the most paradigmatic examples of this generation are:

The most important thing to remember is that the debate is not about if “disruptive innovation” is a new concept or an old one. The focus must be on whether we are still analysing society, consumers and, particularly, all those that do not currently “consume” our products.